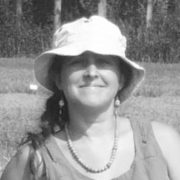 My research work focuses on the impact of farming practices (nitrogen fertilization, water condition, biocontrol, biostimulation, cultivar mixture) on cereal resistance to fungal diseases. I am particularly interested in the molecular dialogues between the plant and the pathogen during the early stages of infection and the modulations of the
physiology of resistance by the agronomic environment.

Cédric Bertrand obtained his Engineer degrees at the ENSAT, National Institute of Agronomy (Graduate School of Life Sciences) of Toulouse (in 1998) and his PhD (in 2001) from the National Polytechnic Institute of Toulouse on the studies of natural products chemistry from plant. After two post-doctoral period, (2001-2002) at the University Paris V, where he conducted research on biotransformation of synthetic products and (2002-2004) at University of Perpignan on environmental chemistry he worked as associated professor at the University of Lyon 1 on chemical mediator in plant-microorganisms symbiosis (2004-2008). Since 2008, he is associated professor, and in 2016, professor at the University of Perpignan focusing his research on secondary metabolites and environmental fate of biopesticide, moreover he is particularly interested in the development of a metabolomic tools for environmental stress studying on microcosm. He is one of the co-founder of Akinao. Akinao is founded in 2010. In order to meet growing industrial needs in the bio-control sector (bio-pesticides, elicitors, biocides, etc.). He is the chairman of the “Académie du Biocontrôle et de la Protection Biologique Intégrée” (ABPBI) et chairman du “Groupe Francophone d’Etude des Pesticides Organiques d’Origine Naturelle » (PO²N). 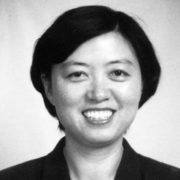 Professor Guanghui Dai, Head of Laboratory of Plant Health and Natural Products in Shanghai Jiaotong University, China. After graduated with Ph.D. (1994) from Ecole Nationale Superieure Agronomique Montpellier, France, She focus on bio-resource and natural product to control the pests of crops by using plant extracts more than 20 years. Up to now above 60 articles (17 of them are SCI) were published and 70 patents were applied. Among of them, five compounds has been extracted, isolated and identified for their control effect on the fungi, insects and mites. The newest one (including active matter – mother drug, and its formulation) has been approved by State Ministry of Agriculture and Rural Areas in China and obtained “Certificate of approval for registration and testing of new pesticides ». 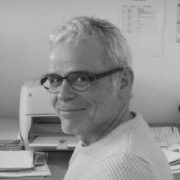 Bernard Dumas completed his PhD work at the Institute for Plant Molecular Biology (IBMP, CNRS, Strasbourg) on defense reactions of plants against viruses. His post-doctoral work was focused (Genetic Lab, Gent, Belgium) on lignification of a woody plant, poplar. After this post-doc, he joined Rhône-Poulenc Agrochimie (now Bayer) to develop transgenic plants resistant to fungal pathogens. Since 1996, he is a CNRS scientist and group leader at Toulouse (France), working on plant immunity and microbial effectors. He is now director of the Plant Science Laboratory (LRSV CNRS – Paul Sabatier University) and coordinator of the joint laboratory BioPlantProducts with the objective to develop natural products for plant protection and stimulation.

Azucena González Coloma is Scientific Researcher at Instituto de Ciencias Agrarias (Consejo Superior de Investigaciones Cientificas) and Head of the Biopesticides Group at CSIC.
She received her PhD from the Universidad Complutense de Madrid, Spain (1984) and worked at the University of California, Los Angeles and Hokkaido Agricultural Experimental Station, Japan, as a Postgraduate Researcher. She leads a research group focused primarily on the research and development of botanical and fungal biopesticides (The Biopesticide group-CSIC).
She has published more than 140 original research articles in the fields of applied phytochemistry. She is also author or coauthor of several review articles, book chapters, etc and has directed seven PhD Thesis.
She has spent over 20 years working on the optimization and biotechnological production of biopesticides in national and international projects, resulting in numerous scientific publications, dissertations and patents. 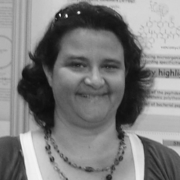 Valérie Leclère is currently professor in microbiology at the University of Lille where she co-leads the team « Microbial secondary metabolites » in the cross-border joint unit BioEcoAgro. The research group is mainly interested in lipopeptides with skills covering the whole value chain (prediction by genome mining, production processes, structural characterization, biological activities especially related to biocontrol applications).
She has spent near 20 years working on the nonribosomal peptides biosynthetic pathways containing the modular mega-enzyles NRPSs, with a combination of bioinformatics and molecular biology approaches. She participated to the development of bioinformatics tools as the Norine database and workflows facilitating the identification of original metabolites from genomic data. She is also interested in exploring the biodiversity of the lipopeptides mainly produced by bacteria as Bacillus, Pseudomonas or Burkholderia. 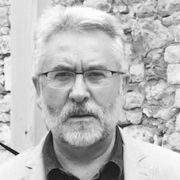 Emilio Montesinos is Currently Professor of Plant Pathology at the University of Girona (Spain)(since 1986), and was visiting Lecturer in the Department of Plant Pathology at Cornell University (1994). His area of research and development is focused on Plant Pathology (Epidemiology and biological control), in the field of biopesticides (beneficial microorganisms and antimicrobial and defence elicitor peptides), for the control of plant quarantine bacteria in the EU. He is author of 100 scientific papers in SCI Journals (H-index 34) and editor of several books. He contributed to the development of novel biopesticides with proven efficacy at field/greenhouse level against several plant diseases, and some of them are under exploitation. He was inventor in several patents, and contributed to the creation of a spin-off company. 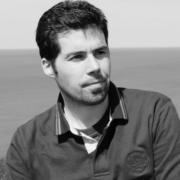 Thomas MICHEL is assistant professor at University Côte d‘Azur (Nice, France). He is a phytochemist with a strong background in chemical analyses, chemical ecology and metobolomics. He is currently working at the Institute of Chemistry of Nice (ICN, UMR CNRS 7272) where he develops two main research axes: (i) development of analytical tools for chemical ecology and (ii) discovery of active compounds with insecticidal effect from plant biodiversity. 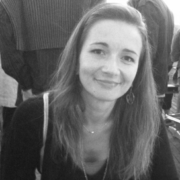 Dr. Nikoletta Ntalli is Assistant Professor Pesticides at the Laboratory of Analytical Chemistry and Pesticides, Department of Agriculture, Plant Production and Rural Environment at the University of Thessaly, Greece. Her research interest include pest management with eco-friendly tools; bioactivity of plants’ and microbs’ secondary metabolites, chemistry of bioactive extracts; organic soil amendments with plant protection properties; biostimulants; mode of action and synergism of bioactive molecules; formulation of bioactive compounds; side effects on non-target organisms and soil communities.

PhD in Biology in 2011 (Uni. Paris Sud, FR); 2011-2012, Assistant Professor at Uni. Paris Sud; 2013-2016, Post-doc in Biochemistry and manager of biOMICS at Uni Sheffield (UK); 2016-2017, Group Leader in Plant Metabolomics at P3 Institute, Uni Sheffield (UK). Since 2017, he is Associate Professor at Uni Bordeaux (FR) where he researches plant metabolomics and redox biology at UMR1332 BFP, and Guest Research Scientist at biOMICS. He was appointed head of Bordeaux Metabolome in Dec 2018 and Visiting Professor at Uni Tsukuba (JP) in April 2019. He is a Fellow of the Higher Education in Academia (2015, Sheffield, UK) and a European expert in Plant Metabolomics (2017, COST FA1405). 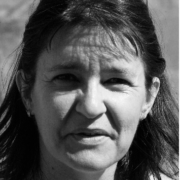 Claire Prigent-Combaret (DR CNRS) is working in the Laboratory of Microbial Ecology of Lyon, at University Lyon 1. She is working on the molecular and genetics mechanisms of plant growth promotion and plant protection by plant-beneficial rhizobacteria (genomics, transcriptomics, metabolomics, and functional genetics). She is interesting in the root colonization properties of PGPR (Plant Growth-Promoting Rhizobacteria), their interactions with other rhizobacteria in root-associated biofilms and the dynamics of their populations in the rhizosphere. She heads the Rhizosphere team. The main questions addressed by her group concern the ecology and plant beneficial mechanisms of plant-beneficial bacteria, the taxonomic and functional diversity of microbial populations within the rhizosphere, and the plant responses to PGPR in terms of plant growth and development, plant protection against stresses and plant metabolomics and transcriptomics responses.